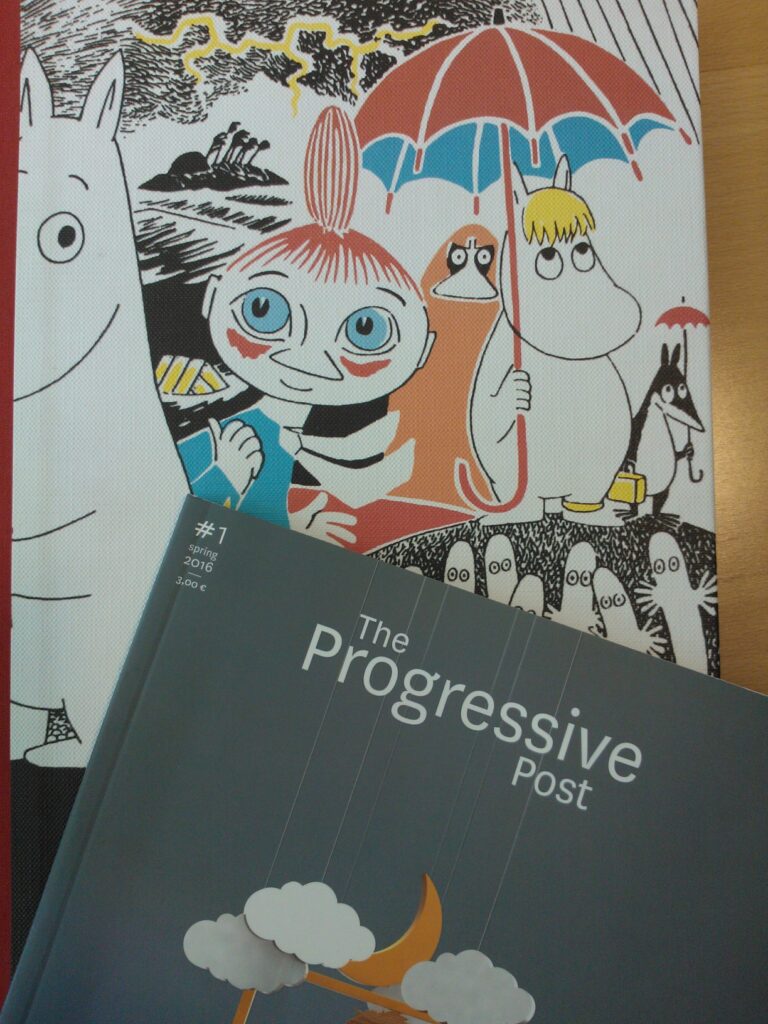 “Tell us all that’s happening out in the world!” Moominpappa asks Snufkin the adventurer who replies: “Fuss and misery…” With this quote from Tove Jansson’s famous Moomin stories Ernst Stetter, the Secretary General of FEPS, opened his presentation in early June when he visited Helsinki at a seminar on European politics.

Three weeks later Stetter might as well have referred to another of Jansson’s Moomin books, namely Moominsummer Madness that in the original Swedish language is actually called “Dangerous Midsummer” (Farlig Midsommar, 1954). It starts with a volcanic eruption that causes a giant flood wave to enter the Moominvalley. After that everything seems to drift.

Britain’s referendum on the EU membership was a political volcano, and its exit result hit like a tsunami also Finland that Friday morning when people were preparing to celebrate the Midsummer, the greatest holiday of the year. If possible, the hangover after the weekend was worse than usual. What would become of our joint European Union? How would the eventual Brexit affect Finland, its economy and security?

Even the eurosceptics were puzzled. For them Britain has been an important ally, a guarantor that the EU will not proceed on a federalist path. After all, among the critics there are not many who advocate Finland’s withdrawal from the union. This applies also to the Finns party that in the past has gained the most from the anti-EU sentiments.

The present power relations make the constellation even more complicated. Since May 2015 the Finns party has been the third leg in Finland’s centre-right coalition government. If the party was previously known foremost from populism and protest vote, in power it has acted as a reliable partner fit to govern. This is epitomised by the fact that the party leader Timo Soini is currently the Foreign Minister, thus representing in his person Finland to the rest of Europe and the world.

The transformation from a channel for protest and opposition force into power positions has effectively unmasked the populists. According to the polls the Finns party has lost half of its electoral support that has fallen below the 10 per cent mark to single figures. No wonder the party is tempted to use Brexit to upgrade its profile again. The youth league of the party has launched a people’s initiative for an EU referendum in Finland. So far it has gained ca. 26 000 signatures while 50 000 is required before the initiative can be presented to the parliament.

Prime Minister Juha Sipilä has made it clear that there will not be a Finnish EU referendum under his government. The Finns party is tied and committed to this line, but Timo Soini tries uncomfortably to sit on two chairs. He made a “private” or unofficial visit to England, meeting representatives from both British EU camps – although not his dear old friend and soulmate Nigel Farage.

The trip raised questions whether Soini was in London in the role of a eurosceptic party leader or as a Foreign Minister presenting Finland’s committed pro-EU stances. His ambivalence was heavily criticised when the parliament was – uncharacteristically – assembled from the holidays to discuss the situation that Brexit has created.

Prime Minister Sipilä gave Soini his blessings while assuring that Finland is toeing the line that the EU of 27 is adopting towards Britain. Negotiations should be opened rapidly, and the Brits have to pay a full price for their access to the common market. On the other hand, Britain should be treated fairly with no mentality of revenge. The potential consequences of Brexit for Finland’s economy will be carefully studied and clarified.

Thus, after the first shock waves the general mood has been rather reassuring. True, Brexit is a huge political blow to European integration and forces the EU to much needed self-examination. Confidence needs to be rebuilt and regained, but greater risks fall upon Britain herself. The Finnish government can count on public support. In a recent poll almost 70 per cent was against a referendum on leaving either the EU or the joint currency Euro.

It will naturally take time before the consequences of this “Midsummer Madness” are over, but eventually – if it goes by the book – the flood fades away and all the inhabitants of the Moominvalley can safely return and settle happily at home.