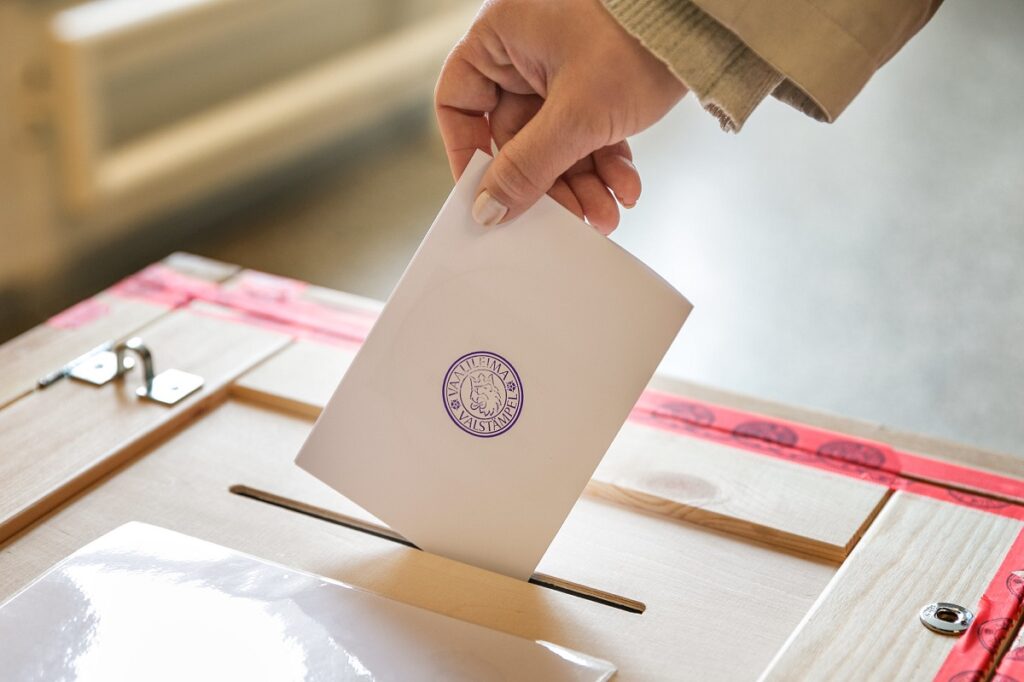 Moderately right-wing National Coalition Party won the municipal election held in June 2021 in Finland, making SDP fall short in its aspiration to become the biggest local party. The polls were not quite right in assessing the support for the Centre Party and the Finns Party. The Greens took a dip.

Finnish municipalities are exceptionally autonomous and have a wide range of duties in comparison to many other western European societies. They are responsible for social and healthcare services, early childhood, primary and secondary education, cultural, youth and library services, land use, water and waste management, environmental services, and fire and rescue services.

On March the Finnish Parliament approved a two-month postponement of the Finnish municipal elections because of the COVID-19 pandemic. The elections, in which local councillors are elected to the 293 municipalities in mainland Finland, were finally held on 13 June 2021.

Municipalities are very different: Helsinki is an international and complex city with some 630 000 inhabitants, whereas some rural municipalities only have some hundreds of inhabitants.

The current national government is centre–left and consists of the Social Democratic Party (SDP), the Centre Party, the Greens, the Left Alliance and the Swedish People’s Party. The populist right-wing Finns Party, the moderate right-wing National Coalition Party (NCP) and the tiny Christian Democrats are in the national opposition.

Right-wing NCP won the election by 21,4 percent share of the vote. The party increased its support by 0,7 percentage points and won extra 64 seats compared to the previous municipal election.

Usually in Finland the highest executive official in town is not democratically elected, but is appointed to a public office as a civil servant by the town council. However, three major cities Helsinki, Tampere and Turku have political mayors – and NCP won the position in all these cities.

SDP landed second place with its share of 17,7 percent, losing 1,7 percentage points and 248 seats nationally. The result was a disappointment to the SDP, which had the goal to become the biggest municipal party in the country. The party even narrowly lost the position of a mayor in Tampere, the hometown of PM Sanna Marin.

Perhaps the most surprising results concern the Centre Party and the populist Finns Party. The Centre Party lost 2,7 %-points and 376 seats compared to the last municipal election, but the loss was not as steep as anticipated in the polls. The same but conversely is true for the Finns: it won 5,6 %-points and 580 seats in comparison to 2017, but the win was clearly smaller than anticipated. The shares of these parties’ votes were 14,9 % and 14,5 % respectively. The latest poll before the election showed 13,0 % for the Centre Party and 18,2 % for the Finns Party.

National politics almost entirely eclipsed local issues in this year’s municipal election. Jussi Halla-aho, the leader of the Finns Party, set the pace in January, when he announced that by crushing the Centre Party’s hold on rural councils, the Finns Party would bring down the coalition government. Major political decisions were made in the spring, creating an atmosphere where the municipal elections served as a proxy vote on the government’s performance.

The Covid-19 crisis continued as the primary topic in politics. An abortive attempt to introduce new lockdown measures in late March was a blow to the government’s image of competent crisis management. In the course of the spring, against a background of falling infection rates and a national inoculation programme, the government’s continued restrictions on restaurants, the cultural sector, and the events industry attracted increasingly vehement criticism from interest groups and opposition parties.

A difficult mid-term budget negotiation, which was scheduled after the original election day April 18, 2021, appeared for a moment to threaten the coalition government’s unity. Almost as soon as the budget framework was settled, a fierce debate erupted over the EU recovery package, itself a product of the Covid-19 crisis. Opposition parties had targeted the recovery package since its conception in July 2020, presenting it as evidence of the government’s alleged tendency for profligate spending.

The parliamentary approval of the package became a political spectacle. The NCP’s attempt to finesse its position led to a split among its MPs and much hand-wringing among the party faithful. The Finns Party staged a rare week-long filibuster in the parliament, which received wide-spread coverage in the media and opprobrium from other parties. The recovery package was finally approved on 18 May, with a 134–57 vote (it needed 2/3 of votes).

Amidst major policy debates, lesser issues also grabbed the attention of the media and the public.

The Prime Minister (PM) Sanna Marin (SDP) became embroiled in a scandal when a tabloid newspaper published a report on her family’s breakfast expenses at the official residence. The scandal continued to torment the Prime Minister and the SDP through the campaign period, even though providing certain meals at the official residence is a decades-long practice initiated by officials at PM’s office.

As the election date of 13 June approached, the political debate shifted to topics that were more pertinent to municipal governance. The parties attempted to frame the election in their own terms, but no party was successful in setting the agenda. Municipal taxes were a topic of some interest, with the debates following predictable left-right arguments. A major reform of the social and health services system, under preparation in the parliament, attracted both praise and criticism, along government-opposition lines. The state of youth mental health services, elderly care, and schools were also discussed, but no single issue emerged as a leading theme. Overall, national debates continued to attract the greatest interest, with municipal politics as a side show.

What is particularly worrying is that the turnout was as low as 55,1 percent. This is 3,8 percentage points lower than in the previous municipal election, and lowest since the 1940s. The pandemic may have had a role to play, at least indirectly. The election was moved from April to June because of the pandemic, and early voting period extended. The COVID-19 situation was better in June than in April, but summer might be a particularly difficult time for activating voters, as many are off their normal duties.

Moreover, online harassment and threats, vandalism, and verbal and physical intimidation of candidates seem to have become more common in recent years. Both right-wing and left-wing parties are targeted, but women, ethnic minorities, and sexual minorities bear the brunt of the phenomenon. Despite this worrying trend, outright violence is largely absent from Finnish politics.

SDP lost votes and seats in most municipalities

The municipal election was a special test for PM Sanna Marin (SDP), who now went through her first election as party leader and prime minister. As such, the result was not satisfactory. SDP lost votes and seats in most municipalities. However, PM Marin received a record number of personal votes in her hometown: 10,527 votes, increasing them by 4,744 compared to the 2017 election. That amounts to almost ten percent of all votes in the municipality.

One reason for the SDP’s defeat was that it was not able to nominate as many candidates as some other parties, notably the Finns Party and the NCP. The number of SDP’s candidates diminished by some 500 compared to the previous election, being in total ca. 5,600. The Finns Party increased its number of candidates by whopping 55 %, from some 3,800 candidates in 2017 to almost 6,000 now. But while the number in itself bears some predictability in terms of the final result, obviously it is indicative of the support for different parties’ policies.

PM Sanna Marin enjoys herself high popularity in the nation, but her party SDP struggles to attract voters, particularly younger voter in the capital region and university towns.