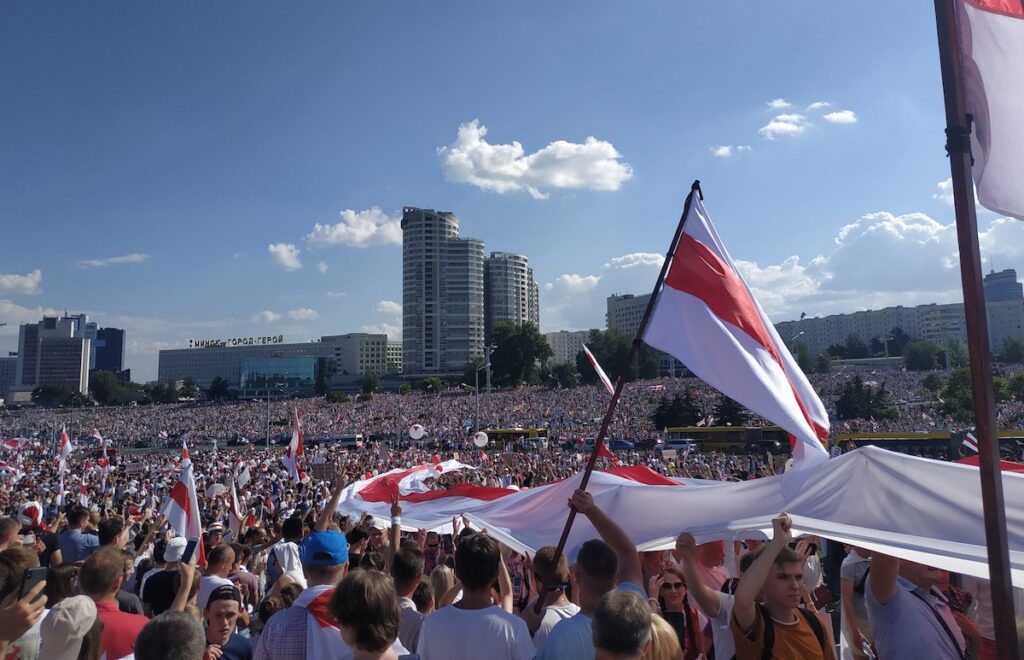 Arkady Moshes of the Finnish Institute of International Affairs argues that Alyaksandr Lukashenka’s decision to support Russia in its invasion of Ukraine contradicts the will of the Belarusian people and will have negative implications for the regime.

In February 2022 Belarus became an aggressor state. According to a 1974 United Nations (UN) definition, Article 3(f), “allowing its territory, which it has placed at the disposal of another state, to be used by that other state for perpetrating an act of aggression against a third state” qualifies as aggression. This is exactly what happened when Russian troops entered Ukraine from Belarus and started to use Belarus as a base for missile strikes and air force raids against Ukraine. Consequently, Belarus found itself under international sanctions, together with Russia.

Remarkably, acting in this way the Belarusian leadership violated Article 18 of the new national Constitution, amended by referendum in February of this year, which stipulates that Belarus rules out aggression from its territory against other states.

At the same time, there is a high degree of agreement in the country, running across cleavages in domestic politics, that this is not and should not be Belarus’s war. According to an opinion poll conducted in March 2022 by Chatham House among urban Belarusians, only 3 percent of respondents supported the would-be direct involvement of Belarusian troops on the Russian side and 67 percent were against the shelling of Ukraine from Belarus. Furthermore, Belarusian volunteers established national units that were fighting on the Ukrainian side. Acts of sabotage were reportedly registered on Belarusian railways.

There are at least three major factors that explain such public attitudes and distinguish Belarus from Russia in this regard. Firstly and most importantly, Belarus, unlike Russia, lacks an imperialist sentiment and does not strive towards territorial expansion. The suffering of the Second World War is still strong in the national memory. Belarusians tend to stick to the Soviet maxim of “Never again”, whereas Russians have learned in recent years to embrace a chauvinistic slogan, “We can do it again”.

Belarus, unlike Russia, lacks an imperialist sentiment and does not strive towards territorial expansion.

Secondly, Belarusians have a more positive perception of the West. They have first-hand knowledge of their European Union (EU) neighbours, especially Poland and Lithuania, where they used to shop, spend weekends, and study. Belarus occupied for a long time the top position among post-Soviet states in the per capita number of issued Schengen visas.

Besides, in 2015-20, when Minsk was seeking a rapprochement with the EU and the United States, the Belarusian officialdom was spreading a narrative about the usefulness of cooperation with the West. Turning it abruptly upside down and convincing the people that the West was preparing an invasion of Belarus and Russia, which needed to be repelled in Ukraine, is beyond the capacity of the national propaganda machine.

Lastly, the legacy of the 2020 protests against Alyaksandr Lukashenka, the country’s ruler since 1994, is still acutely felt. Lukashenka’s political legitimacy in general and his right to send people into war in particular are questionable for many, including conscript soldiers, some of whom may have personally taken part in the protests.

Lukashenka knows all this better than most. He would probably have nothing against joining Vladimir Putin at a victory parade but is not willing to take any risks. At worst, in case of a defeat or heavy losses, the military could turn their arms against him. At best, they would be hesitant to assist the security forces in putting down new protests or a strong movement for peace and against the continuing presence of the Russian troops. Those could emerge either after a failure on the battlefield or as a result of conflicts between Russian soldiers and the local population.

This explains why Lukashenka has not given an order to his army to join the Russian troops in Ukraine. In a sense, he has betrayed Putin. The Russian president will definitely not forget about this, but at the moment Moscow has no resources for yet another military operation, this time aimed at taking over Belarus.

However, this does not mean that Lukashenka’s regime is safe. Quite the contrary. Russia’s war in Ukraine provides a chance to see the demise of Lukashenka and the emergence of a free and democratic Belarus. The country is now entering a very challenging period for its economy. Western sanctions target Belarusian mineral exports, finances, and transit services. Russia, itself under sanctions, will be less able to compensate Minsk for its losses. Soon, the understanding will spread among the population, that all this is happening because in 2020 Lukashenka traded not only the country’s freedom of diplomatic manoeuvre, but also national sovereignty and well-being for Moscow’s support, which extended his stay in power. Entire Belarus is now paying the bill.

The West will need to be ready. Cornered economically and pressured by Moscow, Lukashenka may again try to probe to what extent the West would be willing to re-engage with Minsk and reward it for not sending its troops to Ukraine.

This should be ruled out. Having violated the Constitution, Lukashenka created legal grounds for his own impeachment. His rule became even more illegitimate than before. If he reaches out to the West, he should be advised to demand the withdrawal of the Russian troops from Belarus, as has been required by the opposition, and if Moscow refuses, to declare Belarus an occupied country. Also, he would have to release all political prisoners. In exchange, he may be promised a negotiated departure from power. But this should be the maximum extent of Western flexibility.

The recent migrant crisis on Belarus-EU borders clearly demonstrated that a tough approach works much better in relations with Lukashenka than concessions or a promise of carrots. The role he played in Russia’s invasion of Ukraine, whether voluntarily or under pressure, should put an end to the discussion concerning the possibility of a dialogue with Minsk.

Most importantly, already at this point it is necessary to send a signal that Lukashenka’s impasse does not have to become that of the Belarusian people. When Lukashenka goes, Belarus should have the right to choose a European future.

Arkady Moshes is Programme Director for the EU Eastern Neighbourhood and Russia research program at the Finnish Institute of International Affairs (FIIA). Before moving to Finland in 2002, he worked at the Institute of Europe in Moscow. From 2008 to 2015 he was an associate member of the Russia and Eurasia Programme at Chatham House.